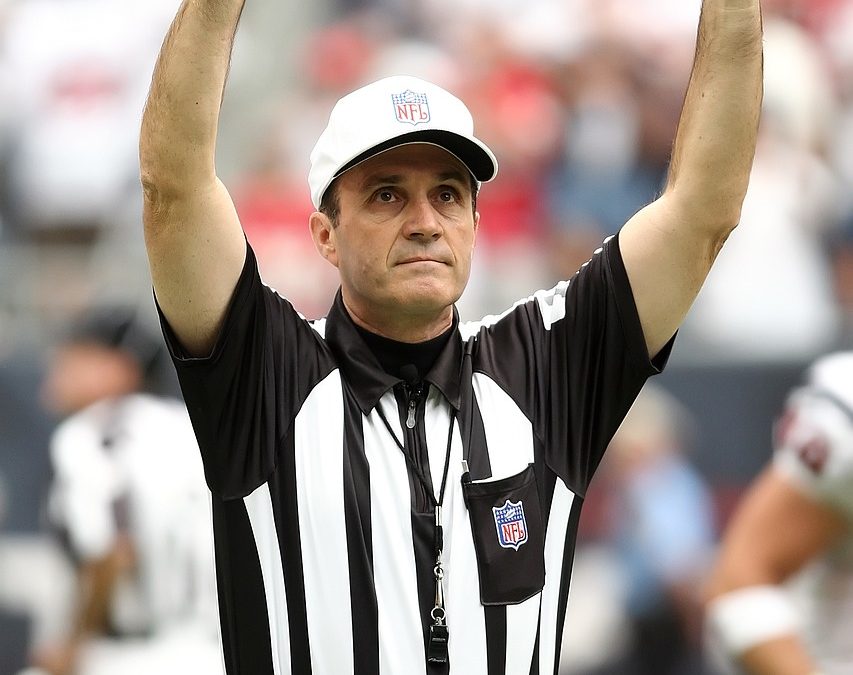 An abuse survivor and former member of the sports industry has a message for the NFL.

A lot of media attention has been placed on Reuben Foster recently as he was released by the San Francisco 49ers and then immediately picked up by the Washington Redskins after being arrested on charges of domestic violence (his second such arrest this year). In a statement released to the media, Katie Ray-Jones, CEO of the National Domestic Violence Hotline stated: While we do not comment on allegations, the rush by the Washington Redskins to give Foster a place in their organization while an investigation is underway sends the wrong message that bad personal behavior is condoned if you are good at what you do professionally.

An equal amount of press has been given to player Kareem Hunt, who was released by the Kansas City Chiefs after a video, showing Hunt shoving and kicking a woman while his friends tried to restrain him, was aired by TMZ. Hunt has not been picked up by another team at this time.

Now, if you’ll excuse the pun, here comes the kicker, what most of us may not have known: both were placed on the Commissioner’s Exempt List and both will continue to receive some type of salary or payout from the NFL. I think this is where John Madden would be writing on the screen, “released = $$ ???” and we would begin to understand what we may have missed the first time: these players were not banned from the NFL, they were placed on a list.

I have to admit, I’m having a difficult time following the multitude of breaking news regarding the NFL and domestic violence and the players lately. I wish we could go back to the old days with Madden and his yellow highlighter on the screen, and he could diagram this. He used to freeze the screen, show us where everyone started, where they could have or should have gone, and where they ended up. John, I think we all could use you right about now.

So many involved – the NFL, the player’s union (NFLPA), the individual teams, the coaches, players, staff, and then us: the fans, cities, and hometowns in which they play. With all of this to keep track of, are we really understanding what is happening? Or, are we getting more confused as new stories break and there are more details to keep track of?

As a twenty-year victim of domestic abuse (SODA®) and also a woman who once worked within this professional sports industry, I would suggest that we are missing something really important: What is the Commissioner’s Exempt List and what does it mean when a player is placed on it?

Says Jonathan Jones of Sports Illustrated: in the past four years, a disturbing pattern has developed…the list has become a stowaway for guys who have abused those close to them…While on the list, a player is considered to be on paid leave and does not count against the 53-man roster [of a team]; the team is without his services until Roger Goodell removes him from the list, and the player misses only practices and games during that time...The fix here is an easy one: make the commissioner’s exempt list one truly used for unusual circumstances.

Having worked on NFL projects during my time in sports, it bears saying that the organization is full of quality people trying to do a great job. And, like any other organization or company, there will be employee incidences occurring that are painful and unfortunate.

It is important to remember that players are innocent until proven guilty. It is also of paramount importance to remember that we are all watching the reactions of the NFL to each and every domestic violence occurrence. It sends a message to us as parents, daughters, brothers, sisters, children and communities – how do we value and protect our victims while the matter is investigated by the proper authorities? Then what happens in response to the results of these investigations within the NFL, the teams, the union, and the players?

The NFL is arguably the most influential sports organization in the country. Its players are heroes to the young and old alike. And its messaging matters.

While the media tries to figure all of this out, and the moving parts are flying in every possible direction, the players are enjoying the equivalent of being suspended indefinitely with pay. This needs to change and we all need to be on the same team again. We need clear and consistent action from the NFL, along with a protocol that sends the right message. And we need it now, before the season ends, before it gets washed away in playoffs and Super Bowl excitement, and we forget what we were even talking about. #TomorrowIsTooLate

If you are a victim of domestic abuse or domestic violence or want further information PLEASE visit www.TheSoda-Pop.com or call THE NATIONAL DOMESTIC VIOLENCE HOTLINE at: 1-800-799-7233 or visit http://www.thehotline.org for more information, help, and to make a plan for your safety.