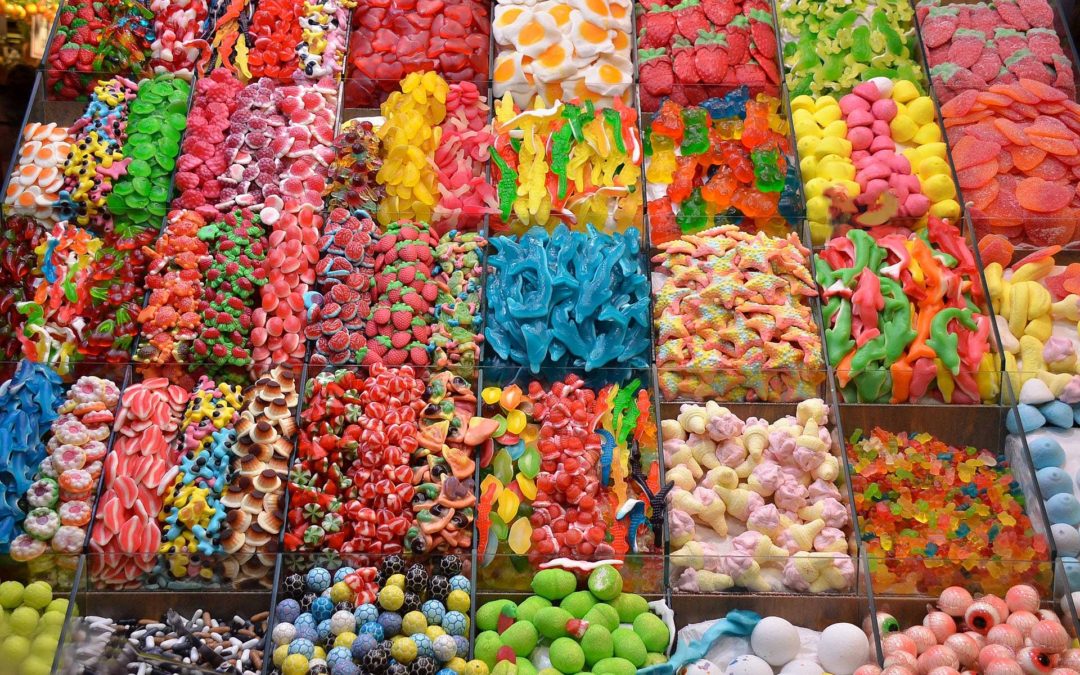 Are you a flavor of the week or a newfound favorite?

Have you ever walked into a bulk candy store and filled your bag with every possible flavor and size and shape that looked appealing to you, thinking that you would narrow it down from thousands to just one flavor that you would want to have for the rest of your life? You’re standing in the middle of that store, thousands of flavors and colors all around you, and you’re thinking: I know my favorite candy is in here somewhere! I just need to take my time, try hundreds of these first, and then I am going to find the one flavor that has been missing my entire life. After that, I will never come to this store again. I will never have candy, even though it is everywhere I go. I’ll leave it behind because all of my hopes and dreams will be discovered with this one magical piece of candy. I won’t look over my shoulder at the other flavors. The ones that might taste better. The ones that might cost less, be less sticky, won’t cause cavities…The ones, that, ‘Hey, what’s that new one? That wasn’t here last week.’ Yeah, I didn’t think so. Neither have I.

Why would we? Why would we walk into a place filled with thousands of choices that are put there with the intent, with the allure, to make us happy and think that we should choose only one? And, to complicate matters further, what if the last time we chose one piece of candy we got deathly ill and ended up in the hospital? Then we have an even harder time thinking about choosing just one again, look what happened the last time we did that! This is exactly what has happened to dating in our world with the introduction of the internet, dating apps, and the unmissable fact that, according to the last US Census Report, there are now more than 110 million single people in the US over the age of 18 – either divorced, widowed, or never married.

As a divorced woman using these dating apps I don’t just see it happen, I have to admit that I am sometimes the perpetrator as well. I don’t like him? Well, no worries because there will be a new him next week, or tomorrow or you know what? There will be a new him anytime I want because the apps never close, the world never shuts down, and I keep a phone charger next to my bed. Yep. It never stops.

I’ve been on the other side of this as well. I’m out with a new person on a Friday night. I think we’re having a great time. He asks me what I’m doing the rest of the weekend and I tell him. I ask him the same and he starts visibly squirming in his seat. A telltale sign: he has another date the next day. And dating – IT IS NOT MARRIAGE – it is not a relationship, it is DATING, presents a problem for us here.

We bump into this all the time as single men and women. What is dating and how do we handle it when we are out with one person and clearly going to see another one the next day or even later the same day? What are the rules? What do we tell the person we’re with? Do we tell them anything at all? Is that rude or is it better to be transparent?

As someone who has been on both sides of this issue: offensive and offended, and someone who has worked to counsel others about abuse, divorce, and what healthy love can look like, I think I’ve learned a few fundamental lessons that we all know deep down inside but may have forgotten. It might be a good time to go back to some of these while our society continues to, literally, act like the kid in the candy store when it comes to dating.

I have three dating rules that I have found to be incredibly successful:

We can’t change what we have these days: a whole lot of singles and a whole lot of choices. Our best bet is to walk the path with many, narrow it down to few, and to be open and honest about what we want and what we hope will come out of our experiences together. If someone doesn’t like you, then a new you will be standing right behind ready to take your place. Honestly, there’s nothing you can do to prevent that. So you need to remind yourself why it is their loss for letting you go and then secretly snicker to yourself about how foolish their mistake was. Snicker? Oh, now see? That was always my favorite flavor.

As with all things good, there are dark sides too. If you are in a dating relationship gone bad or feel that something is not right, please do not ignore the early warning signs of abuse. Learn them and pay attention to your instincts at all times. Get help today. #TomorrowIsTooLate

Susan is a twenty-year victim and six-year Survivor Of Domestic Abuse (SODA®). Her reporting has been seen on national network news and her writing has been featured on national media. She has also studied and worked in the field of divorce. As Susan Sparks, she is an Expert on YourTango.com and has been featured on The National Domestic Violence Hotline (thehotline.org) and other popular online sites such as Medium and Hollywood Life. She has written a book about her experiences with domestic abuse, Sparks in Love, which she hopes will serve as both an educational and cautionary tale to everyone who reads it. She is the Principal of four enterprises, and one charity, all dedicated to helping people avoid, understand, and prevent domestic abuse. Susan is currently working on three other books to further the cause and hopes to bring Sparks in Love to television in 2019.